My main devices are interconnected (more or less) like this:

Yep, as you can see, I’m naming most of my devices from Dan Simmons‘ Hyperion characters.

Sounds like it should have been a piece of cake. But … not so fast, buddy.

First I had to recover a huge amount of data (around 1Tb) from a disk crash, which took … quite some time.

Then I realized that, for some reason, the UPNP server wasn’t even detected from that damned Blu-Ray player 🙁

After reading a few comments posted on dedicated forums, I ended up dropping gmediaserver and installing mediatomb. It was showing up nicely on my desktop: 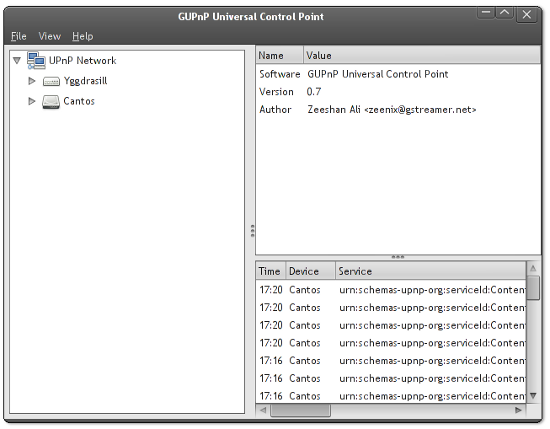 and on my Noxon box. Cool ! The DAAP Server was still running : 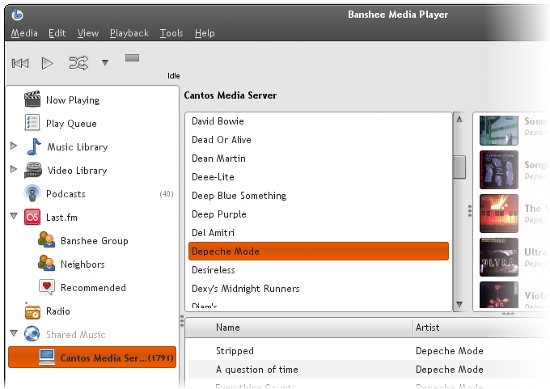 … and the files were showing on my TV screen. Great !

But it wouldn’t recognize any of the formats delivered by the server (musics, videos, pictures, …) 🙁

After of few more readings, I tweaked mediatomb’s configuration file like this:

And it finally worked ! 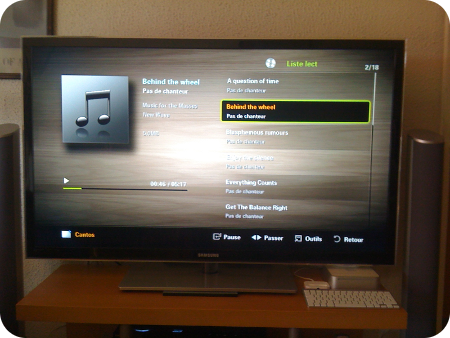 Well … up to certain a point: it doesn’t recognize metadata from mp3’s (some tags, including the artist, are not displayed on screen, even though I can browse the musics by artist, title, year, …) and pictures (orientation).

I anybody knows a way to get around this, please, leave a comment.

mediatomb-tango.tar.gz
Drop the contents inside the mediatomb’s web folder or re-configure config.xml to use this theme.