Alice and Bob are fictional characters often used to describe cryptographic protocols. We introduced them in a previous article on quantum cryptography. Picture a situation where Alice and Bob are living in different parts of the world and where Alice would like to communicate two classical bits of information to Bob by sending him only a single quantum bit.

As usual, simply formulated problems are more complicated than they sound. Superdense coding is a solution to this problem. This is a quantum communication protocol used to transmit two classical bits from Alice to Bob by sending only one qubit, at the condition that Alice and Bob have pre-shared an entangled Bell pair.

It can be thought of as the opposite of quantum teleportation, in which one transfers one qubit from Alice to Bob by communicating two classical bits, as long as Alice and Bob have a pre-shared Bell pair.

The HSW theorem and Holevo’s bound

As we guessed earlier, though seemingly simple, the enounced problem turns out to more subtle. The HSW theorem (named after Holevo, Schumacher and Westmoreland) is an important limitative theorem in quantum computing, published in the early 70’s. It is often called the Holevo’s bound, since it establishes an upper bound to the amount of information that can be known about a quantum state.

As in many other fields, in quantum information theory, accessible information is best understood in terms of a 2-party Alice-Bob communication.

, which can take the values

. Alice then prepares a quantum state, represented by the density matrix

chosen from a set

, and gives this state to Bob.

Bob’s goal is to find the value of

. In order to do that, Bob performs a measurement on the state

, obtaining a classical outcome, which we denote with

, is the maximum value of the mutual information

between the random variables

over all the possible measurements that Bob can do: 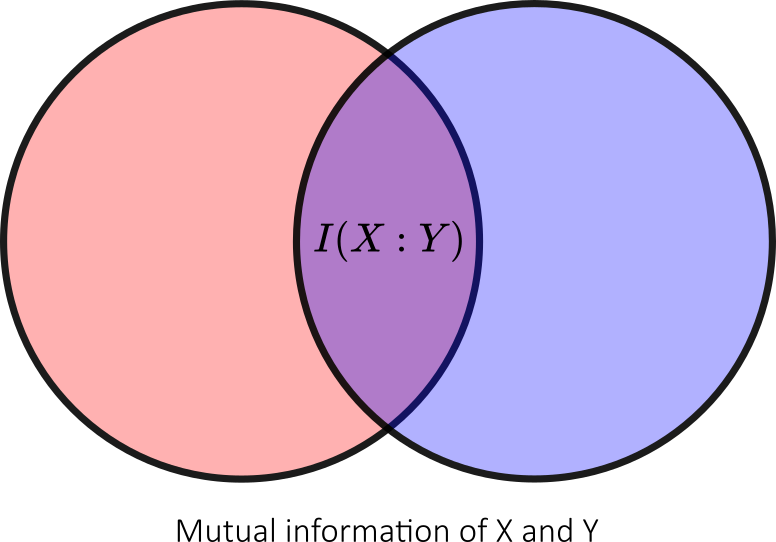 There is currently no known formula to compute the accessible information. There are however several upper bounds, the best-known of which is the Holevo bound, which is specified in the HSW theorem:

In essence, the Holevo bound proves that given

This is surprising, for two reasons:

Increasing the rate of information with superdense coding

Helovo’s upper bound looks pretty bad for our problem as it is impossible to send two classical bits using one qubit. This would violate HSW’s theorem: sending a single qubit noiselessly between two parties gives a maximum rate of communication of one classical bit per quantum bit.

If the sender’s qubit is maximally entangled (Bell pair) with a qubit in the receiver’s possession, then dense coding increases the maximum rate to two bits per qubit.

Alice and Bob in quantum land

To do that, an entangled Bell state is first prepared. Later on, one of these qubits is sent to Alice and the other to Bob.

As you have probably noticed, two qubits have to be sent. However, one of these qubits can be provided to Bob in advance, long before the communication, and before the content of the message was decided. Thus, in the instant when you want to send two bits of information, you only have to send one qubit (Alice’s).

This is the idea behind superdense coding,. It illustrates one of the principles of quantum information: you can provide some resource at an earlier time, independent of what is going to be done later and that resource can be consumed to achieve a more efficient result in the instant.

Let’s get into the details of the superdense coding protocol. The following quantum circuit summarize the necessary steps:

If an eavesdropper (Eve) intercepts Alice’s qubit en route to Bob, all that is obtained is part of an entangled state. Therefore, no useful information whatsoever is gained by Eve, unless she has also access to Bob’s qubit. Eve cannot tell what information Alice was sending to Bob (the density matrix of that qubit is

no matter what Alice did to it to encode the message).

However, the eavesdropper can scramble the message by applying a Pauli operation on that qubit. Eve won’t know what message Bob will receive (because it will be a combination of what Alice and the eavesdropper did), but then Bob won’t receive what Alice intended.

Please note that there is no authentication of the parties involved whatsoever (for that version of the protocol). Eve could just replace Bob, making the protocol completely insecure. 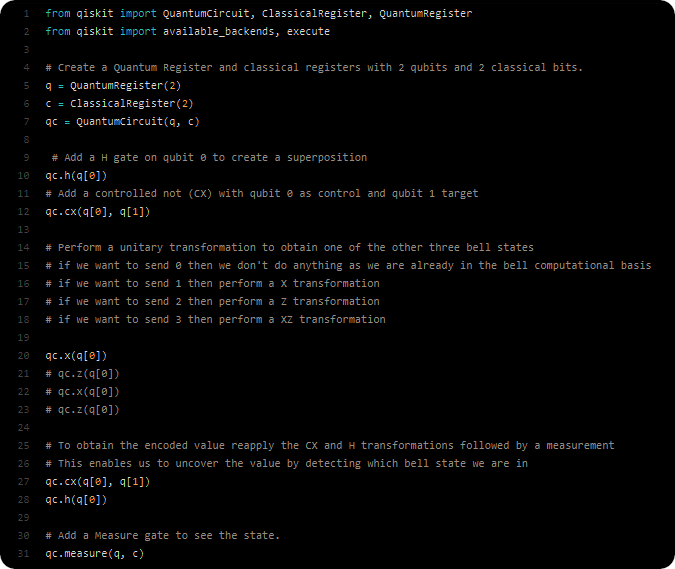 The following code excerpt illustrates the steps of the superdense coding protocol: 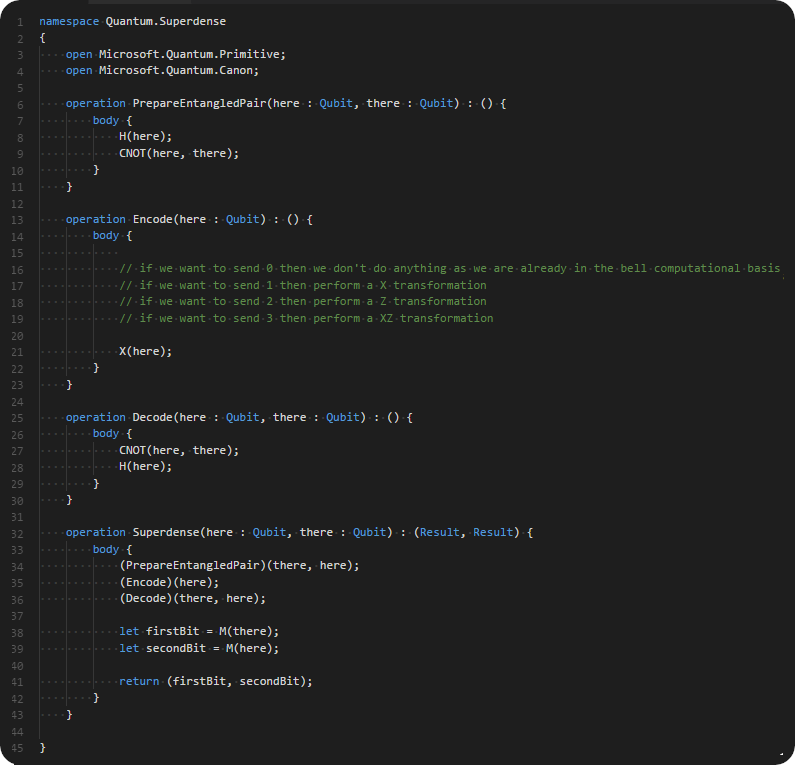 Note: to speedup the writing process, a few paragraphs and illustrations of this post are based on Wikipedia articles on superdense coding and HSW theorem.