These are pictures of a new apartment. As seen by a geek, of course. Here goes the entrance: 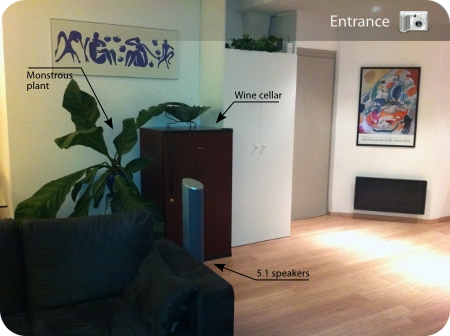 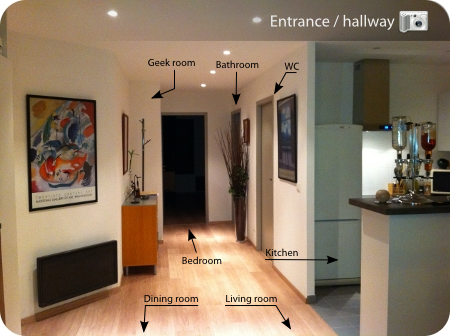 … followed by the living room 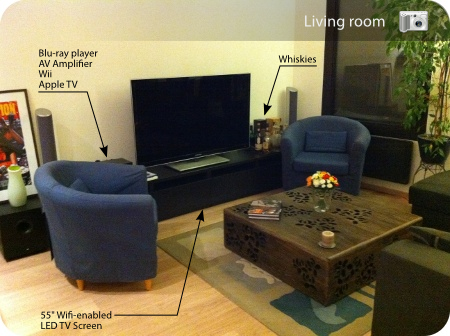 … and a (small) dining room 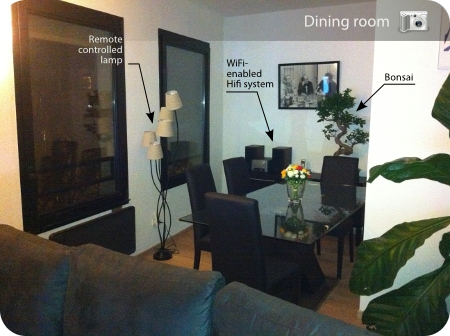 There goes the kitchen: 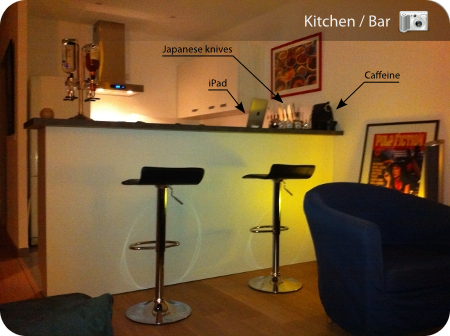 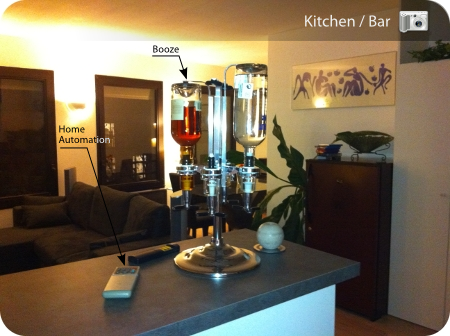 Then comes the “geek room”. The is the most unfinished room, with quite a bit of stuff yet to unpack (mostly collectibles): 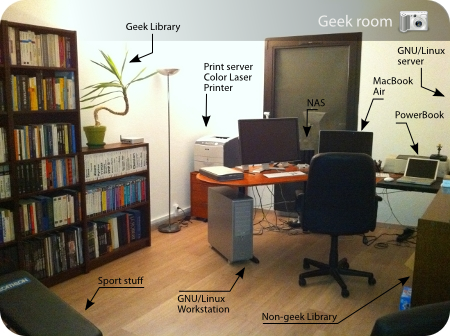 And… guess what ? There are rooms (almost) free of geek stuff ! Namely, the bathroom: 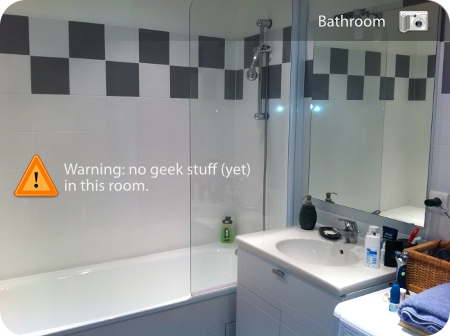 … and, last but not least, my bedroom: 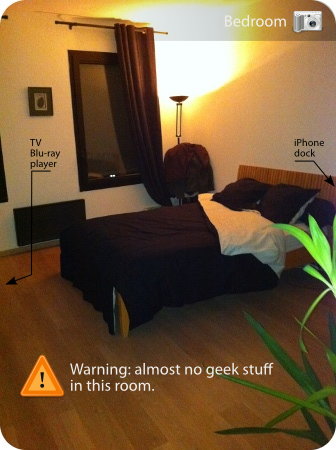 Okay, there are too many Apple devices. And, yes, I promised a few people that I would “un-geekify” my new apartment. Obviously I failed. But still, it is better than the previous one: no geek stuff in the bathroom, bedroom nor the WC. Yet 😉